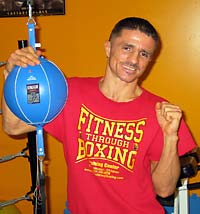 Amongst Robert’s achievements: 1996 Eastern Olympic trial finalist; USA-ABF Metro Champion; 10-year Gold Glove contender; as well as, triathlete, ISSA and ACSM certifications. Certified by the American Council on Exercise. His thirst for fitness is unquenchable, and, without question, Robert Vanacore is The People’s Champ!

Robert was written up in a Daily News article, from March 6, 1994. Check out a scan of the article.

Check Out Rob in Action and on News 12

If speed, strength and endurance are your goals Tony is the Master. Tony is also a European Champion, 7-corp Champion and is a certified ISMA Trainer. 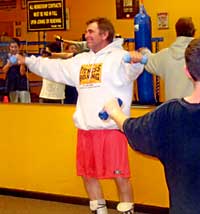 William “Butch” Schulthers was a AAU Olympic Weightlifter competitor and a Army boxing coach for 3 years.

Rick is a fitness expert and weight management consultant. 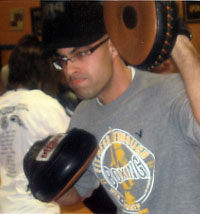 Barry is a gym rat when not training for his own fights, he is in the gym training anyone from a Golden Glove to a Golden Oldie. 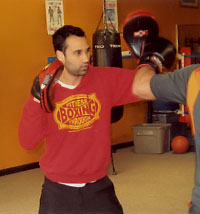 Dave is a certified trainer as well as a USA Boxer. He is also Ironman Triathlete and fitness inthustist. 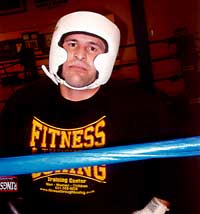 The Pride of Puerto Rico is involved in all areas of fitness and boxing. 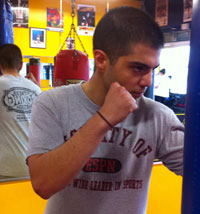 "Bang Bang" is a Fitness Through Boxing certified personal trainer. He is a Junior Olympic Champion. For a real bang, work out with Bang Bang. 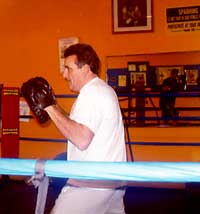 Phil was a Leading Light heavy weight contender in the 80s. Cappy’s father, John Sr., is credited for being the life of boxing in Huntington. 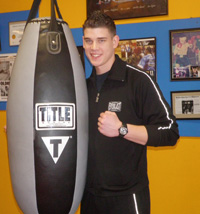 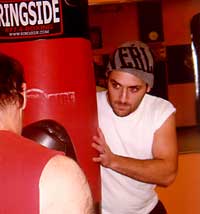 Tough Tony is a protege of Fitness Through Boxing, and a 1997–98 Junior Olympic champion. He’s well-rounded in mixed martial arts.